So last night on Discovery there was this show about human behavior and finding a mate called the Science of Sex Appeal. Since I am in advertising and love to people watch I found this show incredibly interesting.

Scientist from all over the world are studying the mating rituals of human beings, one being from Arizona State University made me particularly interested since that is my alma mater. It was really interesting how men and women find a mate with the best genes but also tend to "stay within their own league."

The face is the first thing both sexes find appealing when choosing a mate, though going down the line it begins to split and mix between tone of voice, scent, walking styles, flashy possessions etc.

The thing I found really interesting was that men give off an odor that repels women unless they are ovulating, the scent then becomes incredibly pleasant. Also, women's voices tend to be an octave higher when ovulating and men become more attracted to that woman because of her higher pitched voice.

If you are interested in seeing clips from the show goto http://dsc.discovery.com/videos/science-of-sex-appeal/.

In one of the clips the scientists layers faces on top of each other to get an average face. I found these average faces for different ethnicities. I think it's interesting to see all of the ethnicities and how the bone structure is formed. 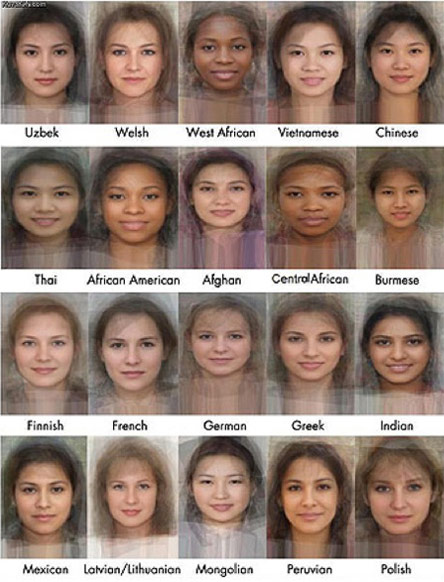 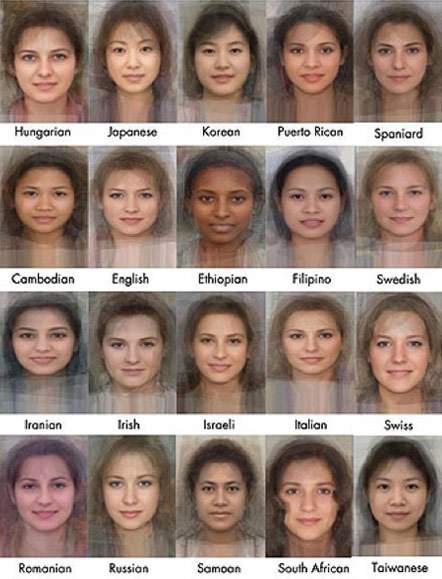