Arizona, a Lexus and a Haircut 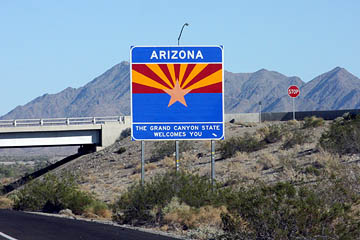 So as you all probably know I am back in Zona and it's amazing. I love it, the weather has been beautiful, the people that I work with are great and it's so nice to be around family again. The only thing that sucks is I realized that I left an entire load of nice shirts in the dryer . . . guess I know what my first paycheck is going towards.

I have taken a job with Moses Anshell, a great ad agency in Phoenix. There are some great things coming in the near future and I am so excited to be a part of it. Don't worry I will share more as we get things moving . . . I wouldn't want to spoil the anticipation.

As for the Lexus, I have realized how much better the traffic is here but how much worse the drivers are. In LA, when there is a hole people drive faster and are aggressive. They also use their horns, thus in the last three years I have gotten REALLY good at using my horn as well.

So I am pulling out of PetCo this girl cuts through parking lot almost nailing my car, so I do what anyone would do, I honked. Not in a "hey whore don't cut me off" but in a "hey I'm here don't hit me" kind of way. She proceeds to flip me off. So fine whatever Arizonians use their middle fingers instead of their horns . . . it's all starting to come back to me.

Then we are making a left across traffic, no light. Nice size hole in traffic comes, we can both make it if we both go. So, she goes and I follow her out, we both begin to accelerate and then all of a sudden she slams on her brakes with NO ONE, NOOOO ONNEEEE, around. She is obviously pulling a backdoor (backdoor is when someone slams on their brakes because they think the person is driving too close to them in anticipation that the other person will rear end them.)

Her being a stupid bleached blonde whore that is driving a (most likely) leased Lexus obviously can't judge distance very well because I had more than enough room to maneuver into the lane next to me and go around her. Oh did I mention there was no one around us, so that also made getting around her a lot easier as well.

So I then get slowed down by a truck that is trying to turn right so she then gets in front of me and starts going 15MPH, so I take a picture of her license plate, this obviously did something because she sped off.

Anyway, I just thought I would share because this woman/girl/whore managed to cut me off, flip me off, pull a backdoor and then reverse tailgate me in a matter of two blocks. She is lucky I didn't have eggs with me or I would have thrown one at her. (Those of you who know me know that last statement is only half true.)

Ok onto the haircut, if any of you are still with me, this part is about social media.

I needed a trim, my hair was lookin' a bit nappy, so since I'm home I thought I would hit up the local Great Clips that I used to frequent while in high school. Since my lady didn't speak English that well, I was reduced to eavesdropping on the lady next to me.

They were talking about facebook. These ladies were in their 40s maybe early 50s and were talking about how they didn't use facebook and couldn't believe that people would openly put all that information out there. The lady was afraid her children would get stolen and the hairdresser was afraid she would get stolen. The hairdresser also said that she didn't even own a cell phone, honey you look like a cave woman so I understand you not having a cell phone, and unless the man is a neanderthal you have no worries about being stolen.

I had to contain myself from laughing at most of their conversation and at one point I almost interjected but I realized I really just didn't care.

What do you think about the generation that is too young to retire but completely missed the digital revolution?
Email ThisBlogThis!Share to TwitterShare to FacebookShare to Pinterest