I can't believe my little man is freaking four years old!! Ahh! Well we followed tradition and threw him a party. This year's theme was jungle. His name does mean "King." Get it? King of the Jungle? Alright alright.

Check out some of the pictures below.

I chose a color palette a little different than the rest. I stuck to three animal prints (leopard, zebra and giraffe) along with metallic gold and turquoise. It sounds a little unconventional though I really liked it. 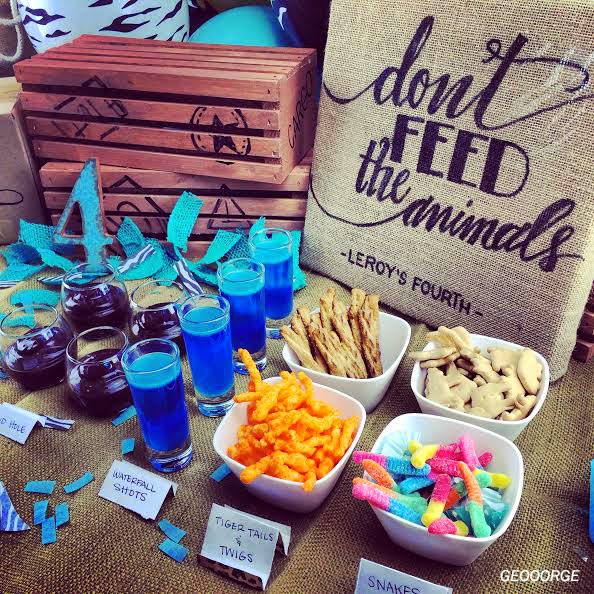 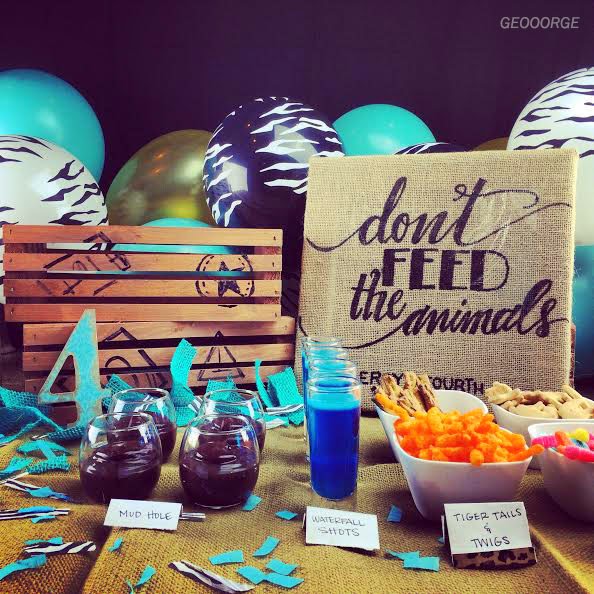 I then made some blue velvet cake with chocolate frosting! YUM. That made sure the cake was only for the hoomans. 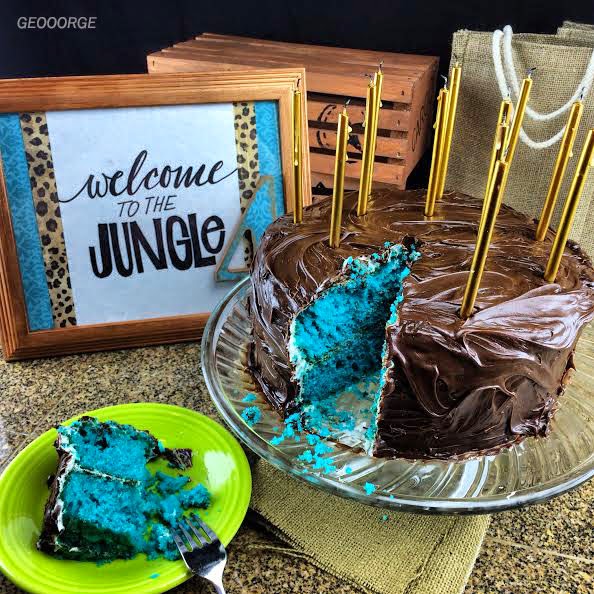 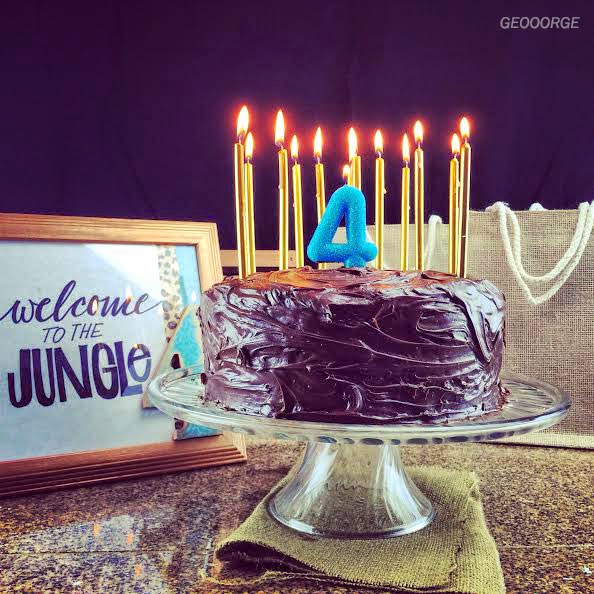 For the guests there were goodie bags filled with things that also went with the theme. Mud masks, travel journals and dog toys. The dog toys included a toy called Silly Bums, wild animal bums that fit ridiculously perfect with the theme! So all in all the party went fantastic! Thank you to Auntie D and MoMo for the generous cards and gift cards!
Email ThisBlogThis!Share to TwitterShare to FacebookShare to Pinterest