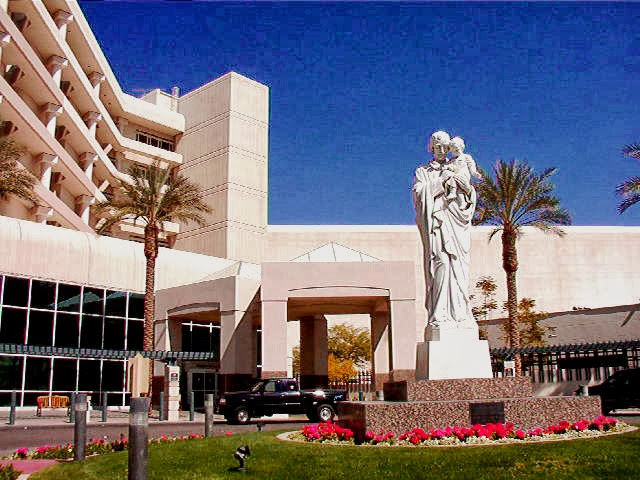 Over the course of the last year I've had the privilege of working on the Health and Wealth Raffle. We've now completed two raffles and helped to raise money for a hospital that has been part of our community for longer than Arizona has been a state.

This week I spent five hours on the hospital grounds with Sister Madonna. We heard from people who have experienced the miracles at this hospital, they included a girl who was born with Spina Bifida, a man who had a ruptured aorta and a guy who was thrown off a ten foot platform at the age of 16.

They, along with 34 others are known as Barrow Connectors. These are people who meet with newly injured people whether it is paraplegics or quadriplegics. The goal is to help them adjust to their new lifestyle and show them there are endless things to do while in a wheelchair.

One of the guys was in MurderBall and traveled to Athens to participate in the ParOlympic Games. They brought home a bronze medal and are ridiculous athletes.

If you haven't seen MurderBall watch the promo below.

OH AND I SAW BRAIN SURGERY!

The Raffle is going on until October 30. There are a lot of cars and money prizes but after being on this Miracle Tour, it just made me want to volunteer, buy tickets and help.
Email ThisBlogThis!Share to TwitterShare to FacebookShare to Pinterest